THE STORY OF FLAG PORTER 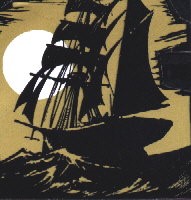 How authentic can a traditional beer be? At Brewlab we attempted to answer this question by brewing a beer based on as much contemporary knowledge of the period as possible, both scientific and observational. We advise many brewing clients on brewing techniques and many are keen to produce traditional beers but are unsure of how well their character matches the actual beers of yesterday.

The idea to achieve a contemporary traditional beer thus grew from a mix of historical vision and laboratory challenge.  The vision for this beer was to recreate a porter beer from the past.  Ideally a porter in its heyday of the early to mid Victorian years and one to test drinkers who still retained a memory of the classic beers from their own youthful drinking.  As well as assessing porter recipes our challenge was to analyse any surviving bottles of porter to determine the character of the style.

The Pitfield brewery in London first conceived of recreating a porter as one of their Christmas beers in 1987 and obtained an 1850 recipe from Whitbread. Although very brief this formed the basis of the first brew and achieved considerable acclaim when assessed critically during the frosty Christmas period.

Investigations into porter features by Brewlab led to further brews commissioned by the Flag Brewery which was then based at the Pitfield brewery.  Continued interest in the style led to the instigation of a Porter workshop on the 23rd of April 1988 to discuss pertinent questions which had arisen about the style.  A number of these related to recipes and others to character and flavour.  What exactly was the dominant flavour of the beer?  What colour would it have been and how well would the hop addition balance the dark malts?

The workshop was addressed by Dr John Harrison a professional chemist and founder of the famous Durdon Park Beer Club and writer of the book “An Introduction to Old British Beers and How to Make them” in 1976.

At the workshop John presented details of historic porter brews with recipes and details of malt compositions. In addition, a number of trial and commercial porter brews were tasted for assessment. Not every question was answered but a motivated audience left the session keen to develop and taste more porter brews.

A few weeks before the Porter Workshop a technician working at Brewlab had been diving in the English Channel just of Littlehampton and noticed an ancient bottle on a shelf behind the bar of a nearby pub. On idly asking its origin he was told it was a bottle of Porter from the “Bottle Wreck” a short distance into the Channel.

Investigations established that the Bottle Wreck was the remnants of a sailing barge which sank in 1825 carrying a consignment of bottled and cask Porter, pottery and sundry items.  Many of the bottles remained intact as they were tightly sealed with wax.

We were informed by the technician that more bottles could be retrievable and Brewlab sponsored a dive to obtain fresh samples. These were duly retrieved and eagerly awaited at the laboratory. Delivery was on the Thursday before the workshop and left no time for full analysis. One bottle was brought to the session and opened to illustrate the immediate character of the beer with especial interest in looking at the colour and flavour. 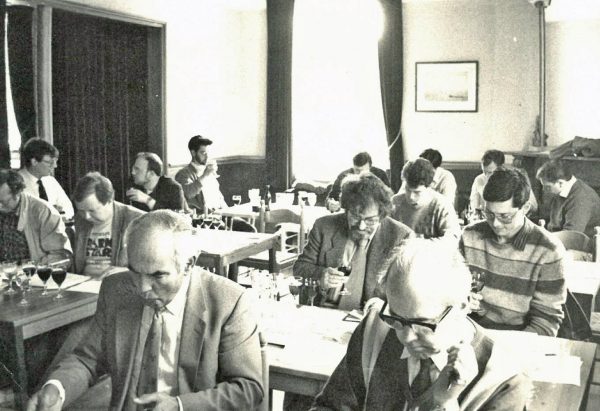 Two features were immediately apparent. One was that the beer was far lighter than expected. Although this could have been caused by light damage this was less likely for a beer in a black bottle which had lived out most of its 163 years in a dark and gloomy seabed covered with sand.

The second feature was that the flavour had deteriorated both by staling and leakage of seawater. The aroma was of a stale, musty cellar with the background pungency of old port while the taste was of ancient leather and salty sea spray.

Whilst draining the bottle a sediment was noticed. A sample was taken and observed under the microscope where yeast cells were seen amongst the many deposits. Many of these cells were dead and empty but a few appeared to be intact, or at least shrunken.

Analysis of the beer later in the laboratory indicated that the alcohol level was 6.3% by volume and the colour a very light 90 units. While these issues were easily addressed a major question had appeared – could the yeast be recovered from the sediment? Could it be assessed, measured, even resurrected?

However, the bottle opened at the workshop it was potentially contaminated and could not provide a reliable source of yeast. Any samples cultured up might have arisen from the atmosphere and while the White Horse pub hosting the event boasts a scrupulously clean cellar any air will contain some yeast and bacterial contaminants.

Initially this proved not to be yeast but moulds and bacteria. Two moulds and five bacteria were eventually recovered with no yeasts to be seen. Repetitive culturing did, however, eventually produce viable yeast. While yeasts can be poorly resistant to stress and ageing it is likely that a few cells or spores survived the long period of dormancy, particularly because of the dark and cold conditions. A sample from behind the bar would have had less chance of successful cultivation. Once yeast were seen purification was performed and the yeast was eventually trailed in a test brew of Flag Porter.

By the time of this trial brew a number of recipe features were defined and the beer was modelled on the brown porter style prevalent at the turn of the nineteenth century around 1800 rather than on the richly roasted Victorian porters.  This would have been more typical of the porter likely to have been carried by a ship on the south coast in 1825.

We believe that the beer is authentic within the limits of analysis. It is impossible to say whether the yeast provides the full character of the beers of the time. It is only one strain and we would expect most beers of the age to use multiple strains. However, its spicy and estery character is distinctive and does blend well with the brown malts and moderate bitterness.

One test of the beer we were particularly keen to perform was a sampling by people who could remember drinking the beer in its original condition. Since true porter production declined after the First World War and ceased by 1970 we looked for drinkers in their eighties.  One, Mr E. Poutard who first drank porter in 1913 carrying jugs from the local pub in Peckham to his mother was identified in a nursing home in 1987. Asking for Porter for his Sunday lunch Mr Poutard could only be given Guinness.

Mr Poutard tried a sample of the Flag Porter and confirmed his memory.  “This bottle of porter is much purer but it tastes like real porter.  It is a good pure drink”.  Mr Poutard served in the King’s Shropshire Light Infantry in the First World War in France, Ireland and Turkey. On the day before the Armistice in 1918 he was gassed with 10 other soldiers. Only two survived and Mr Poutard needed months to recover. Unable to stomach solid food soup and porter formed an important part of his recovery.

Further analysis is possible on the yeast and beer sample and we are looking to determine a more exact profile of the ester flavours and, if possible, the origin of the staling compounds. We will also look to confirm the malt and hop components by mass spectroscopy and assess the identity of the other microorganisms by DNA technology.

No beer can ever be exactly true to its origins but we believe that we are as close as we are likely to get, or almost, – until we can retrieve another bottle. 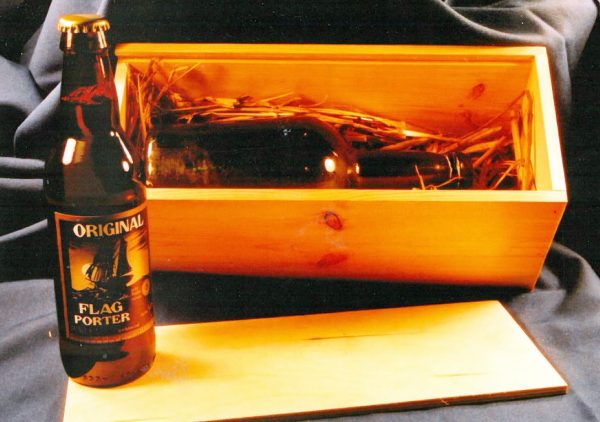 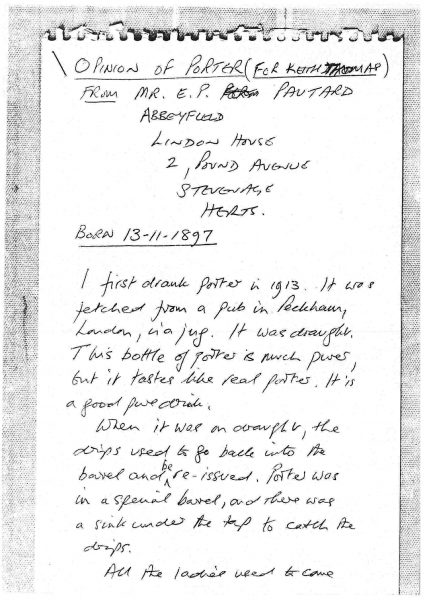 Recent analysis work at Brewlab has further developed the Flag Porter story and provided more information on what beers were like in Victorian ages.

Brewlab has maintained the Flag Porter Yeast since its first discovery. Recently we conducted a DNA analysis of the yeast and found that it is a Debaryomyces species rather than the standard Saccharomyces brewing yeast. These yeasts are commonly associated with natural fermentations and are part of the natural progression of microbial communities. It is likely that the porter yeast recovered is one of a mixture of a community of yeast and bacteria. We are currently characterising the yeast under different growth conditions to see how it may be used to make different strengths of Flag Porter.

Many of the classic Victorian beers were produced using malt from Chevallier barley. This variety was first identified around 1830 but ceased being used around 1920 because its tall stems were unsuitable for mechanical harvesting. Shorter varieties of barley were selected but had different features so changing the character of beer at the time.

PhD studies have indicated that Chevallier malt is very resistant to modern plant diseases such as Fusarium blight so making the variety very suitable for organic production. A trial crop of Chevallier has been used in brewing the most recent batch of Flag Porter so providing more evidence of authenticity.

Chevallier still has difficulties with mechanical harvesting and a long-term research project is underway with the John Innes Research Centre to cross Chevallier with modern short stem varieties. Suitable crosses with the combined features of the two malts will be isolated for further trials with the intention of developing a variety with Chevallier’s quality and a suitable ease and yield of production.

In the meantime small brews of Flag Porter using Chevallier malt will be conducted for specialist sales.  We also hope to investigate using the yeast for a wider range of beers so that Flag Porter may sail onwards. 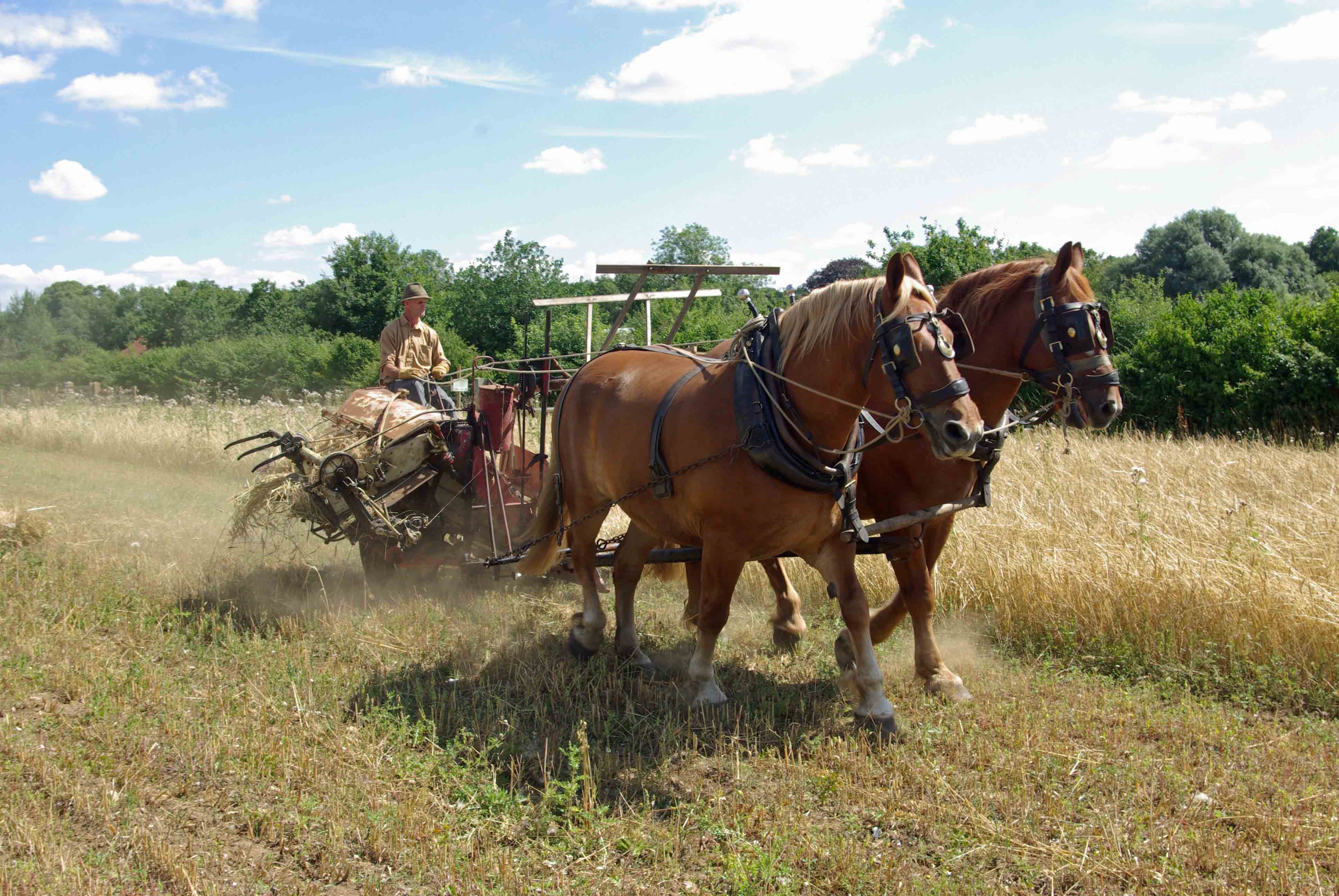