What’s the difference between beer and wine? Apart from a very different marketing language a major feature is the level of simple sugar in the fermentation. Beer has both fermentable and unfermentable sugars, wine has only fermentable sugars. Beer is thus rich and succulent to the taste, wine dry and acidic.

This difference arises from using malt in brewing and fruit sugars in wine making. Mashing malt provides a diversity of sugars, crushing grapes mostly produces easy to ferment sucrose. In some cases, wine may be made from pure sugar syrups obtained from a variety of fruits, not just grapes. Beer can also be made from its equivalent syrup – malt extract. However, this contains the same spectrum of sugars as a mash would produce and is in no way a simple sugar mixture.

This doesn’t mean that simple sugars have no place in brewing. Pure sugar has been part of UK beers since it became readily available in the late Victorian age. Recipes of the time often included glucose and invert sugar to provide up to 25% of the fermentable extract. Some major beers still use sugar today, generally in large scale production, Marston’s Pedigree being one acclaimed example.

Beers from small scale production have less initiatives to include simple sugars since drinkers are often suspicious of adjuncts. The advantages of syrups often focus on cost as they are cheaper to buy, easier to handle and require no mashing. They may be added directly to the copper or underback so minimising mash volumes. Another advantage is to dilute the nitrogen levels of

wort so reducing the potential for protein precipitation and haze formation, particularly in bottle. In large scale production this allows cheaper, higher nitrogen malt to be used. It also assists in high gravity brewing where it is necessary to exceed the limits of malt extraction.

Where, though might we use syrups in small scale brewing? Ideally, we want to produce high quality beers purchased by drinkers looking for quality and value rather than another version of a slab of cans. Our malts will be of best quality to produce quality beers and so need no nitrogen dilution.

Apart from the now few breweries based on malt extract it is likely that the most relevant application is in specialist syrups providing novelty and special functions to beers.

Malt extract or even simple sugar syrups can be used for those occasional high gravity beers to mark occasions – Christmas or Octoberfest for example. Adding syrups does allow for gravity levels exceeding 1090 but beware of the need for a tolerant and vigorous yeast to handle the challenge.

More unique options, however, allow the use of specialist syrups: caramel, molasses, treacle, honey, maple syrups, palm syrup and lactose. While pure syrup limits or reduces flavour, these sugars provide their own contribution allowing you to broaden your recipe beyond basic malt flavours. Other strong beer options using syrups are Belgium styles with candy sugar. This is produced from sugar beet and provides very distinctive sherbert and confectionary flavours beloved of the style.

The caramel, molasses and treacle spectrum are increasingly pungent with only small amounts of treacle needed to give a strong liquorish mouthcoating character, sometimes with a harsh and bitter aftertaste. Use sparingly and in balance with other malts such as oats to flavour dark beers.

Honey and tree syrups are more subtle and forgiving and may be used in higher levels of up to 12% to provide background flavours and smooth mouthfeel. Additions of up to 30% are possible but will have much more impact. Honey in particular, is variable according to origin and nectar input with some such as heather particularly noticeable. Blended supplies will give consistency but local brands can provide variations throughout the apiary season.

A further and more challenging option would be to use nectar itself from flowers. Not only would this be time consuming to collect but highly variable from plant to plant and season to season. However, it would produce some unique characteristics. One word of caution, though – adding directly to beer would also inoculate your brew with microbes from the flower as nectar is a good source of wild yeast and bacteria. 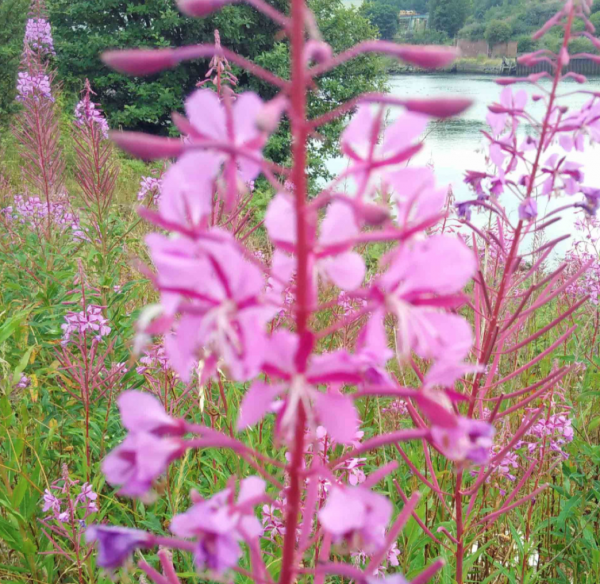 Alternatively, lactose is a more specific sugar used to provide sweetness rather than flavour, particularly to stouts. Milk stout became popular in the 1930’s with the dominance of Mackeson but is a rare choice today. Lactose provides a consistent sweetness because it is not fermented by brewing yeast. Only a few percent are required and some smooth mouthfeel also results. Beware, however, of excess levels giving a cloying character.

Processed syrups are available today with different levels of fermentable and unfermentable sugars. These allow adjustment of wort sugar profile but can also be added before packaging to provide body or as primings for cask or bottle conditioned beers.

More specialist processed syrups include extracts of sorgum to allow production of gluten free beers. Mashing with sorgum is difficult requiring careful control of temperatures and addition of enzymes. A syrup extract is a far easier prospect.

Whatever your choice ensure that any additions you make are fully dissolved. Pouring directly into the copper is a poor choice as a layer of syrup is likely to remain below the element and never mix with the wort. It will also be a painful sight when you climb in to clean up.

Gradual addition to the wort stream in an underback is probably best but again needs a careful eye to make sure it doesn’t get sucked along semi dissolved.

Additions directly to your fermenter, conditioning vessel or cask are all possible but sterility is essential. Sugars easily grow microbes and will contaminate your carefully brewed beer. Boiling will sterilize but may also remove aroma. Limit your heat treatment to get a compromise but don’t be tempted to add without any treatment – your sugar may contribute more than you intended.